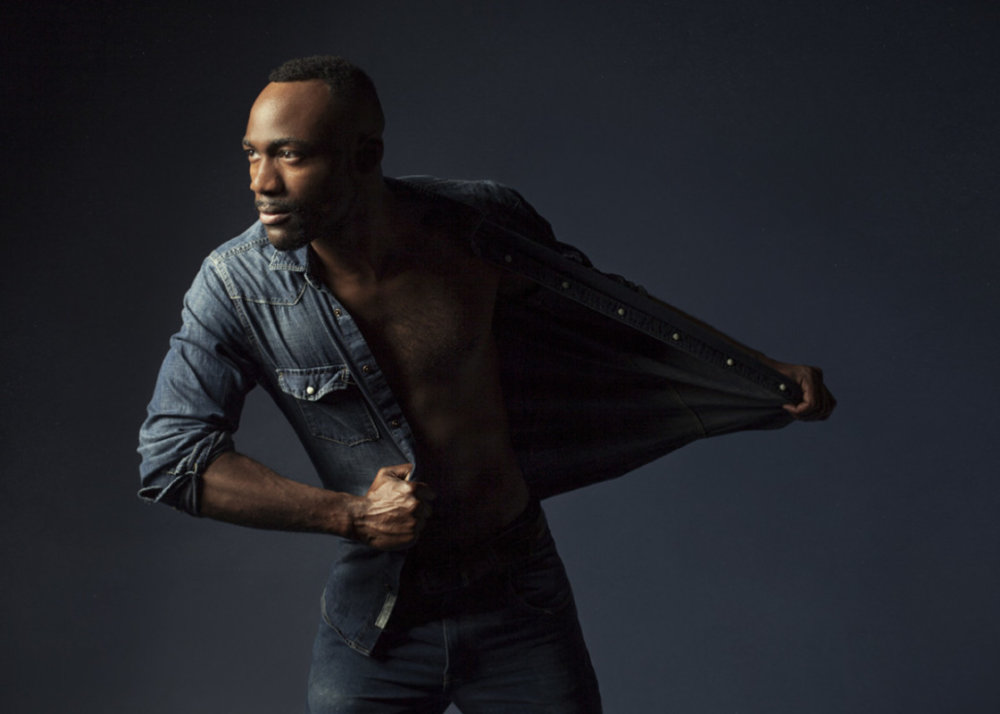 Jamal James is an actor who hails from the suburbs of Centreville, VA, but now is proud to call New York City his home. He graduated from Emory & Henry College with a B.F.A. in Acting and a minor focus in Literature and Creative Writing. While primarily an actor, he has worked as a singer, dancer, model, in voiceovers and as a director. He has been currently taking the time between gigs to focus on playwriting as well. He is hungry to work in any medium, but getting into a big-budget movie as a SuperHero has always been a dream.

To be honest, I hadn’t ever thought of being an actor when I was a kid. I was just obsessed with movies. My father instilled in me a love for cinema at a very young age. I could spout so many quotes as a kid, that I’m pretty sure my brother and I annoyed our parents on a daily basis. But I was also crazy about superheroes. Mostly Superman because…well…he’s kind of the best. He’s got a big heart and I was drawn to that. Sure, yes, He’s got all those powers, but strange to say, it was the compassion in those stories that got me. But, unfortunately to my adolescent despair, I couldn’t be Superman, so I thought becoming a cop would be the closest thing to that idea. It stayed there, rubbing at the back of my brain, until I was about thirteen. That’s when it all changed.

I was in middle school and I decided to take Theatre Basics in 7th grade as an easy A. What could be so difficult about reciting words off a piece of paper a few times? I was convinced my grades wouldn’t matter overall until I got to high school. It was a very stupid thought, but then again so is middle school. A few weeks pass by, and I get my first monologue assignment. Now, I was an extremely shy kid. I mean, ‘Steve Urkel’ shy. I would often get in trouble for reading too many books in class while the teacher was talking, I barely had any friends, and don’t even get me started on girls. So the idea of performing a monologue, Off-Book, in front of my peers was extremely terrifying. But I got up, opened my mouth, and by the end of it my whole class was laughing. I couldn’t even begin to explain how amazing that moment was to me. And I haven’t looked back since.

The Odd Couple ended up being my first play ever during my sophomore year of highschool with Macbeth and Fame: The Musical following soon after. I was 16, had never sung a peep, and didn’t expect to get in at all, but lo and behold, I got one of the male leads. And I kept running with it, I got in more plays and more musicals capping my senior year off with a best actor award for Kiss Me, Kate. I then went off to Emory & Henry College and threw myself into my studies of Stanislavski and Pinter and Rodgers and Hammerstein and so many other theatrical pioneers and teachers. The BFA program would emphasize knowledge of practical acting usage and emotional availability, theatre history, and technical components. I devoured all of it. I was so hungry, I ended up getting cast every semester, started an improv troupe, directed and acted in student productions, experienced the craziness of summer stock, and promptly ended my college career with my first acting internship at the Barter Theatre headed by Richard Rose (my first exposure to an Equity Theatre). The second oldest repertory theatre in the country, I sweated acting and theatre with the Barter Players for fifteen months in house and on tour (for three of those months). It’s an understatement to say I got my butt kicked by Katy Brown and John Hardy’s passionate and scientifically challenging lessons on the art of acting and the pursuit of honesty. It was,quite honestly, the most significant period of teaching I’d ever gone through. And if I could go back and learn it all again, I would. But, maybe a little better.

GETTING TO THE BIG APPLE

After that, my journey took me to work for The National Theatre for Children, Bright Star Touring Theatre, The Round Barn Theater in Amish Acres, and Cincinnati Playhouse in the Park for my second internship newly headed by Blake Robison in the 2012/2013 Season. With the hope to use that as a foothold to New York, I spent ten months understudying different professional productions while touring more children’s theatre around the Cincinnati/Kentucky area. Our Acting Intern Company ended the year with a NY showcase which was the most successful in the internships history and hailed by Michael Haney “as one of the most industrious, hard-working, affable, talented group of interns this theatre has ever had.” I moved to New York the week after the internship finished (with no money and no place to stay, I might add) in order to capitalize on the showcases’ response. I ended up with a job and a manager within the week which was a blessing and have lived in the city for two years with my third year being a gig as a Jedi Master at Walt Disney World in Orlando. C’mon, I couldn’t pass that up. And before that I got called in for Hamilton. It’s been a crazy two years. I’ve opened several new Off-Broadway plays and musicals, done voiceover work for the first time, been part of a few web series, got my Equity card, and even started writing and modeling. I’m just trying to make something of myself in this crazy, crazy life. And it just feels so good to be back!